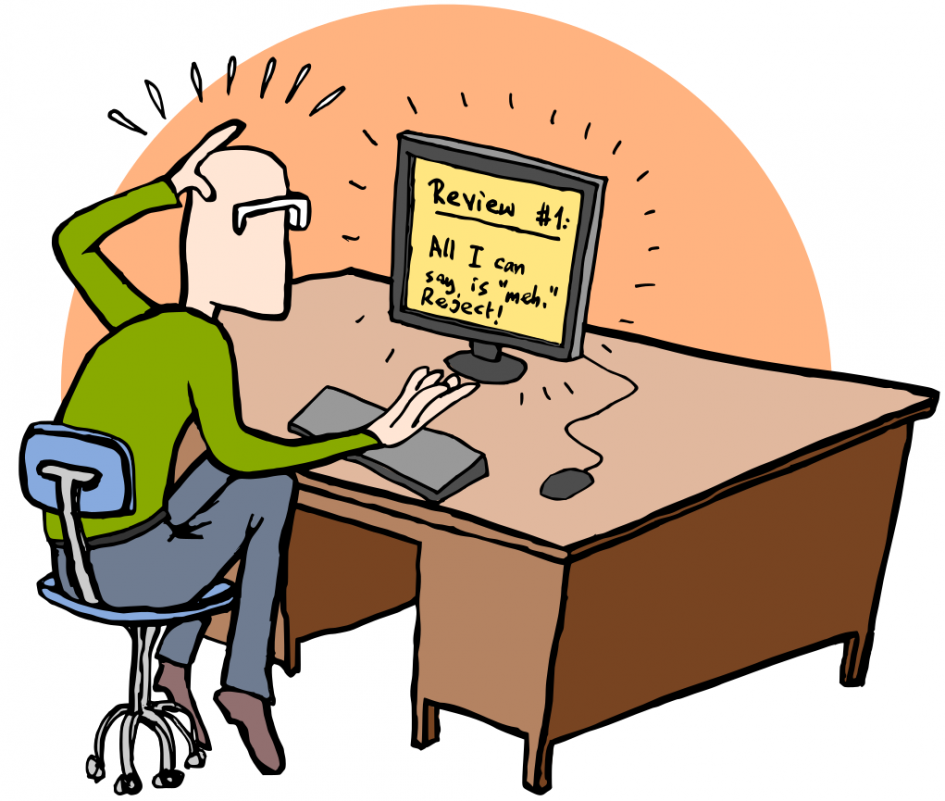 Common mistakes that many reviewers, particularly new ones, tend to make when writing their reviews.

The scientific community is built on peer review, where a jury of your colleagues help judge the quality of your submitted work. As the pressure to publish (or perish) grows, scientific journals and conferences in all fields are receiving an ever-increasing number of submissions to be reviewed for publication. Considering that each scientific submission typically requires a minimum of three reviews, this in turn means that the reviewer pool must also be increased to handle the demand.

Unfortunately, training new reviewers is time-consuming because writing fair, balanced, and professional reviews in a timely manner is difficult. In a perfect world, new reviewers would have the opportunity to work closely with mentors in learning the craft of peer review, or would be given the chance to extensively calibrate themselves with trusted colleagues in forming their opinions without real repercussions. This would allow reviewers to mature and cultivate their ability to distinguish between major and minor issues in paper submissions before being asked to review real submissions. Unfortunately, this is rarely the case; there is little in the form of training programs for new reviewers. Instead, they are often immediately thrust into live situations where they are asked to make important decisions on paper submissions, decisions that have real outcomes that sometimes make or break careers.

Having people essentially learn by doing is problematic because new reviewers often make mistakes due to their lack of experience, maturity, and calibration with the rest of the field. This causes papers that should have been accepted to be rejected, and vice versa. The end result is that the quality of the review process suffers as a whole, and, in response, conferences and journals lose in quality as well.

Fortunately, there is often a common pattern to the mistakes reviewers make. In the more than 10 years I have been active in reviewing papers—as an external reviewer as well as an associate editor and program committee member—I have seen my fair share of such mistakes (and made some myself!). My primary goal with writing this document is to characterize these mistakes in the hope that I can reduce the learning curve for new reviewers and help them improve their reviewing. Naturally, my ulterior motive is to improve the quality of peer review itself! As all scientists know, few things are so aggravating as having your work be rejected due to nonsensical or uninformed reviews. My ultimate goal is to help reduce the frequency of such low-quality reviews.

This is not a general guide on how to review papers. Rather, it is a guide on how to avoid the many mistakes that new and inexperienced reviewers tend to make. Actually, as it turns out, some of these mistakes are still common among more senior reviewers! I would encourage everyone involved in the scientific review process to at least skim through what I have to say.

Professional analysts know that objectivity is impossible and that everyone has a bias of some form. Instead of vainly trying to be unbiased, they recognize and embrace their bias, correcting their analysis in response. Similarly, inexperienced reviewers often exhibit several common traits that are useful to be aware of when preparing your review:

Peer review is ultimately a matter of subjective opinion. You are being asked to give your own personal opinion on a scientific work for the purpose of deciding whether the work should be published or not. However, even if the review represents your own sentiments, you are expected to provide support for them in your review. Furthermore, many sentiments are not necessarily appropriate. Below is a list of common sentiments that you should think twice before using:

The previous section dealt with simple sentiments that are not appropriate to use as grounds for rejecting a paper. In this section we produce a list of some more complex mistakes that reviewers commonly make:

Finally, after finishing your review, make sure to answer the below questions for yourself:

After finishing reading my list of sentiments, mistakes, and questions above, you may feel that I have taken away virtually every weapon in your arsenal. How can I reject a paper if I am not allowed to comment on the fit, novelty, size, scope, and relevance of a contribution? The answer is that of course you can reject a paper based on any or all of these criteria. For example, some papers that are clearly off-topic for a research area should be summarily rejected. Some papers absolutely need a user study to validate their contribution. Not citing prior work is certainly grounds for rejection if that prior work is central to the topic of the paper. Arrogant authors that willfully insult their reviewers and refuse to listen to feedback deserve to be rejected. The list goes on.

Rather, my goal with this guide is to force you think a little deeper and introspectively on your sentiments, and point out common themes in mistakes that reviewers tend to make. At its core, peer review is an imperfect mechanism to make objective decisions based on a highly subjective and personal process. After all, as stated earlier in this document, when you are asked to write a review, you are being trusted with the task of passing judgment on a scientific submission based on your own expertise, experience, and opinions. I simply want you to be wielding this trust at the best of your ability. Remember Uncle Ben from Spider-Man: with great power comes great responsibility.