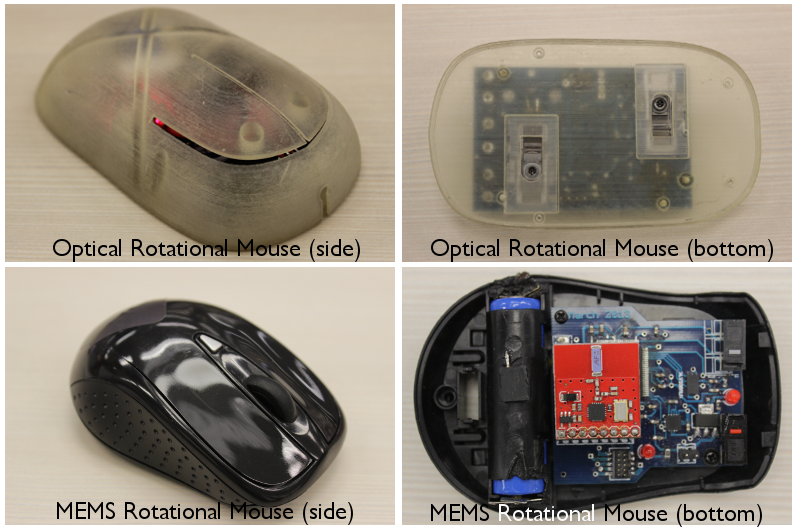 Udayan Umapathi‘s work on a rotational mouse called Mushaca was just accepted for publication in IJHCI!

Mushaca, Sanskrit for “mouse”, is a novel pointing device that looks like a normal 2D mouse, but also supports rotation around its vertical axis, which users can access by twisting their wrist. Udayan implemented two versions of the device: one using two diagonally placed optical sensors, and one using MEMS (microelectromechanical system) with an accelerometer and gyroscope. We evaluated the device in four different pointing experiments compared to standard mouse wheel interaction as well as on-screen rotational controls, and found that Mushaca was more natural and more efficient than the traditional device.

Naturally, twisting the wrist has a limited range and can also be physically uncomfortable. In addition, rotating the device may change the user’s frame of reference in terms of absolute motion. Our work evaluated these factors and found, not surprisingly, that pointing accuracy diminished as the rotational angle increased, but that visual feedback help correct large errors.

Niklas Elmqvist is an associate professor in the iSchool (College of Information Studies) at University of Maryland, College Park.