A Punch Is Just A Punch: Generating vs. Editing Text 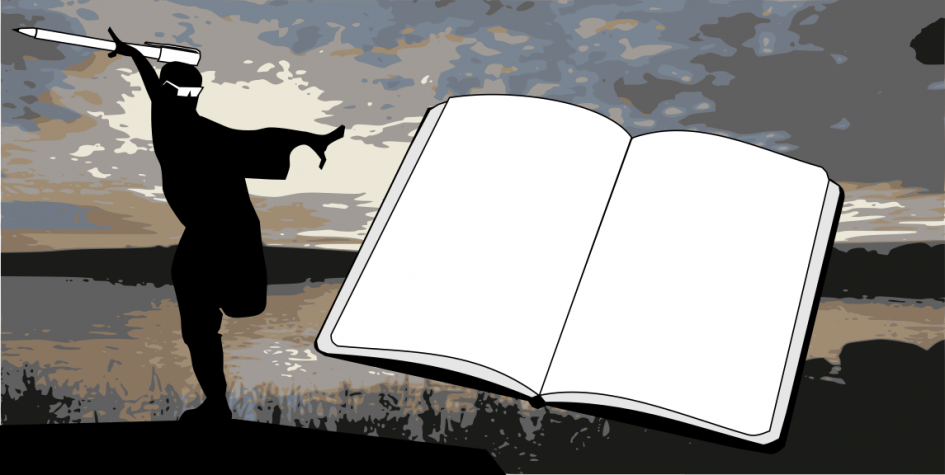 In which I talk about two separate parts of the writing process.

A Punch Is Just a Punch: Generating vs. Editing Text

I talked about my love of writing in another post, and how this has been a great help in my own career as an academic where so many of activities revolve around writing. Here I would like to expand a little more on my writing philosophy, in particular about the two different types of phases of writing that I recognize but so many would-be writers seem to get confused: generating versus editing text. By realizing that these are different and keeping them separate, I believe it is much easier to become a faster, better, and more reliable writer.

So, in my view, writing has two distinct phases:

Actually, I would argue that there is probably also at least one additional phase worth recognizing in academic, non-fiction writing, and that is outlining. Outlining is outside the scope of this discussion, but will help you create a top-down plan on what text you should generate; I talk about an approach to this phase in my blog post on “plotting your paper.”

Anyway, these two phases seem straightforward enough, but why is it such a powerful concept? Because by separating these into two separate activities, you can have different goals for each. In particular, in the generation phase, your goal is merely to produce something that approximates what you are going for. Creating something from scratch, from nothing, from zilch, is difficult enough, so there should not be an expectation that what you write is any good. In fact, you are encouraged to write fast and let the words flow.

In contrast, in the editing phase, the goal is to take something that has already been written but may potentially be terrible, and turn it into something better. Since the hard part has already been done at this stage—i.e., the words have already been written, even if they suck—it is much easier to just take the current writing and improve it. Actually, the revised copy doesn’t even have to be good. It just has to be better than what you started with. This is the secret of editing.

Hopefully by now, you can start to see why this is so powerful. It is powerful in (at least) two different ways.

First of all, it relieves the burden from writing perfect copy, which I think is a primary reason for the dreaded writer’s block. After all, perfect is the enemy of the good. Many of my students struggle with putting words on paper because they don’t like what they write. I think what they ask themselves is: “Why write anything if what I write is not going to be perfect?” They keep making false starts and then deleting everything they wrote, or staring at an empty screen for hours. This is the so-called Nirvana fallacy, where people never even begin an important task because they feel reaching perfection is too hard. The answer is to not strive for perfection at all.

By entering into a true generation mode, that barrier is immediately dropped. Suddenly, it is all right to generate imperfect, even crappy writing, because by producing something you have overcome what author Steven Pressfield calls “the Resistance“, an almost mythical force that tries to maintain the status quo (i.e. that you never wrote anything). It doesn’t matter if what you created is toe-curlingly bad. At least you wrote something; making it good is something to worry about another day.

Second, it recognizes that editing is an iterative process, and that the goal is merely to turn something existing into something better. Rinse and repeat, until you can longer make more than minimal improvements. Once again, at least you improved on what you previously wrote; making it good is something to worry about another day

There is a saying that goes like this (I can no longer find the source): “I’m a lousy writer, but a great editor.” I think this is true, at least for me. In the editing pass, it is much easier to see the big picture, to spot the repeated words, the grammatical errors, the missing dependencies, the correct way to organize a paragraph, the missing examples, and the perfect place to break a wall of text into paragraphs. Amazingly prolific author Stephen King (54 books sold in more than 350 million copies as of this writing), who noted-procrastinator George R. R. Martin recently asked “how the f*ck do you write so fast?”, wrote in his book On Writing (which I recommend, even for non-fiction writers) that the first draft is “completely raw, […] the story undressed, standing up in nothing but its socks and undershorts.“

Combining both these modes together, which is what we have been taught to do since the grade school, makes it extremely hard to actually get anything done. Since there is no recognition that what you are writing is actually going to have to be revised over and over, the temptation to only produce perfect copy is tempting. This, in turn, means that you may not make any progress at all. Actually separating the two modes can be surprisingly difficult. Here are some tips that may help you separate them.

For generation, try avoid using the backspace or delete key except to fix typos, and avoid moving back and forth in what you have already written using the arrow keys. Always forward, never backwards. In the generation phase, keep what you have already written in your document, but feel free to work on a better phrasing or way to start your writing below it. When I write, particularly when I am trying out the best way to start a paper, I often end up with dozens of starting sentences or even paragraphs in the same document before I settle for one of them (in the editing phase).

The ultimate training tool for generating text, in my opinion, is free writing, where the goal is to write continuously without considering grammar, spelling, content, or organization for a set amount of time. It doesn’t work for everyone, and the resulting text is usually unusable, but at least the practice helps you (a) write effortlessly, and (b) organize your thoughts on a topic a little better. One of the formative books on writing I read in high school, Writers INC, included a quote attributed to Sebranek et al. that goes like this: “Writing is mind traveling, destination unknown.” I spent a lot of time free writing on my laptop while commuting every day between my apartment in Paris and Orsay (45 minutes by train) when I was a postdoc in Jean-Daniel Fekete’s lab at Inria. While I no longer free write, I feel the practice helped me improve my writing tremendously.

For editing, I don’t have as many good tips, but editing is more of a craft than an artform anyway. You have to spend time honing your skills, and you need constant practice, but it’s not rocket science. Besides, you don’t need to be a vivid or particularly eloquent writer to write scientific articles. Just aim for short and competent sentences. Try reading your prose out loud. Eliminate complex sentences and unnecessary jargon. Aim for clarity above all.

I’m trying to collect some of my own micro-strategies that I use when writing (by observing my own process), and will write on this in a future blog post. It is surprisingly difficult, because if you practice diligently, in the end all these phases are going to meld together and become one once more. It’s similar to what Bruce Lee said about martial arts:

So, in the end, I suppose, writing is just writing.